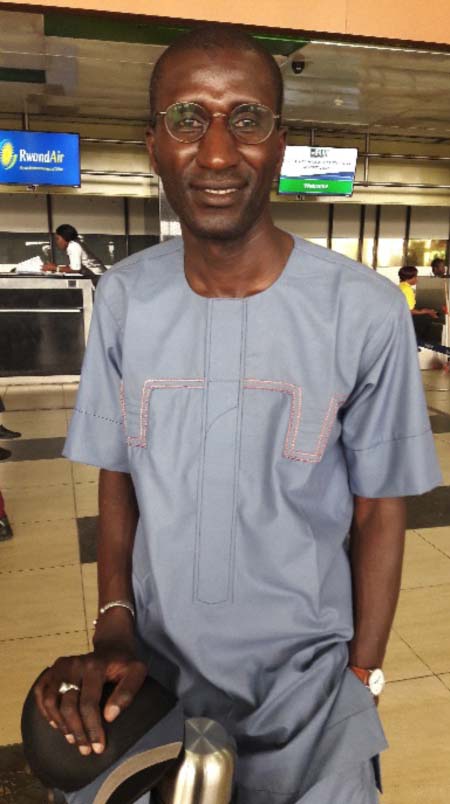 Prominent Gambian filmmaker Prince Bubacarr Aminata Sankanu is back at it again with the premier of the first CineKambiya film he produced in New Gambia.

The full length feature film titled “Pain of Sorrow” is a social commentary on the challenges face by women and children, beliefs and social stigma. The synopsis of the films reads: In the village of Basikoro lives a poor hunter called Kankan Kuyateh wih his wife (Aminata Kuyateh) and four additional sons.  Musa Kuyateh married the love of his life (Maimuna Jabbie) against the wish of her mother Aminata Kuyateh. She dislikes her daughter-in-law who tried all her best to be a good daughter and a wife.

Maimnuna gives birth to three daughters, a blind girl (Aminata Kuyateh) a cripple (Aisha Kuyateh) and a dumb ome (Ida Kuyateh). After the birth of these children, tragedies befall the Kuyateh family. Musa’s three brothers all died a horrible and terrible death. Aminata puts the blame for the tragedy on the daughter-in-law Maimuna. She accuses her of killing her children and eating their body parts leading to their disabilities.

She subsequently forces his son, Musa, to marry another wife (Nyima Suso). Afterwards, she and the second wife start making life miserable to Maimuna and her children. Musa could not bear what his children and wife are going through and becomes helpless. However, his wife and children understand him and continue to show him love and support. One day Aminata, the blind daughter and the mother’s namesake, had a nightmare. She wakes up early and waits for her father to come out. Musa was ready to leave for the bush. Aminata tries to stop him from going by explaining her dream to him but he insists that it was just a dream and that nothing will happen. He goes hunting, had an accident and did not come back to his family alive. His mother accuses Maimuna, the first wife of his death. Maimuma cries day and night over her husband’s dead and a week later, she also dies.

The loss of both biological parents marks the beginning of pain and sorrow in the lives of the three handicapped orphans. Their grandmother Aminata and stepmother Nyima Susso make their lives hell on earth. Aminata, the eldest, took care of her younger sisters though she is blind. They remain patient until God shows them the light. Maimuna finds her life partner through an accident. He saves their lives, takes them to the city helps in curing them all. They never forget their family back in the village and return to their father’s house to build a mansion. They live happily with stepmother in peace. Maimuna later moves them all to the city.

As part of the close collaborations with the National Centre for Arts and Culture (NCAC), the Alliance Francaise de Banjul hosts the launch and premier of Prince Sankanu’s “Pain of Sorrow” on Tuesday, 21st March 2017 at its multipurpose centre along Kairaba Avenue in Kanifing.

Prince Sankanu, the founder of the Gambia’s premier CineKambiya International Film Festivals, believes that with the new political dispensation, The Gambia’s creative economy will finally grow as “Pain of Sorrow” sets the  for the production of standards for high quality Gambian films. As a prelude to the world premier of his newest film, Prince Sankanu organized a special reception on The Roles of filmmakers in New Gambia: Opportunities and Threats to Creative Freedom. It took place on Friday, the 24th February 2017 at the Rock Garden Apartments in Kerr Sering. The event well attended by stakeholders of the young Gambian film industry known “CineKambiya”, officials of both the NCAC and the Ministry of Tourism and Culture as well as international arts students from Europe. 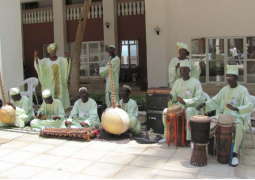