President Ma Ying-Jeou of recently renewed his call on to set aside sovereignty disputes and re-open negotiations. President Ma, who took office last Tuesday, made the remarks at a tea gathering he organised for a group of senior Chinese Nationalist Party (KMT) officials ahead of their visit to on Monday.
Reports monitored by The Point further revealed that the KMT Chairman Wu Poh-Siung, who headed the delegation of 16 for the six-day visit, was invited by the Chinese President Hu Jintao.
President Ma asked that Wu share his ideas on cross-strait relations in his inauguration address with Hu
"Leaders on both sides (of the ) should have foresight and keep cross-strait relations in perspective. (Both leaders should) set aside their disputes and prioritise the urgent and easy-to-resolve problems to move the cross-strait relationships forward," President Ma stated.
President Ma said his administration would like to resume negotiations with based on the so-called "1992 consensus," which stipulates that both sides of the strait uphold the "one principle," but have a different interpretation of what "one " means. The "consensus," however, is not universally recognized as valid in .
At the meeting, President Ma also expressed his wish to help survivors of the earthquake in the region of . 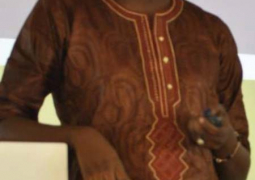