As part of its action plan 2007 - 2009, the Islamic Educational, Scientific and Cultural Organisation (ISESCO) in co-operation with Munazzamat Al Islamiyya and the Gambian National Commission for UNESCO (NATCOM) is holding a National Training Session in the field of modernising Islamic education methods in The Gambia.

In her welcoming remarks, Mrs. Sukai Bojang, the Secretary General of NATCOM, said that the training is meant to build the capacities of those taking part. She urged the participants to use the training in modern equipment in order to be familiar with modern technology and its uses. "When this equipment is available in your schools you will now be able to use it without difficulty," she said.

For his part, Imam Baba Leigh, the vice-chairman of the ISESCO advisory committee, revealed that the training session will debunk the myth that any graduate in Arabic or Islamic studies should reject modernisation. He said the training compliments the new trend in Gambian Islamic education which is to make it more relevant to our socio-economic concerns.
He urged all trainers to make the best use of their skills to impart knowledge. He commended ISESCO, the World Islamic Call society, Munnazamat Al Dawa Al - Islamiyyah and all other stakeholders for their tremendous contribution towards not only the standardisation of Quranic script but also the provision of training programmes for the improvement of the quality and delivery of relevant education for all especially in The Gambia.

In conclusion he said, "as participants you have been selected to represent Gambian society and you are therefore expected to transfer the skills you acquire to others." 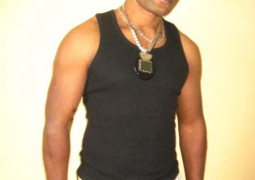