While yellow fever has taken a new wave of scourge causing deaths, vaccine for the disease has depleted.

Emergency stocks of the yellow fever vaccine have been depleted by a mass immunisation programme in Angola, where the disease has killed more than 300 people since December, according to international reports on the new wave of the disease.

A UN health experts interviewed yesterday by the BBC said the current wave of yellow fever risks spreading fast, far and wide as people move from one region or country to another.

We are, therefore, calling on our health authorities in The Gambia to take precautionary measures to tackle such a wave or spread of yellow fever cases against adversely affecting our society.

According to international health bodies, such as the WHO, there are an estimated 200 000 cases of yellow fever, causing 30,000 deaths, worldwide each year, with 90% occurring in Africa.

Reports have also stated that the virus is endemic in tropical areas of Africa and Latin America, with a combined population of over 900 million people.

According to the WHO, yellow fever is caused by a virus that is transmitted to humans by mosquitoes. It is difficult to diagnose and often confused with other diseases or fevers.

It, however, says the presence of yellow fever antibodies can be detected by blood tests, and that most people recover after the first phase of infection that usually involves fever, muscle and back pain, headache, shivers, loss of appetite, and nausea or vomiting.

“About 15% of people face a second, more serious phase involving high fever, jaundice, bleeding and deteriorating kidney function,” the WHO says, adding that half of those who enter the ‘toxic’ phase usually die within 10 to 14 days. “The rest recover.”

These are essential facts worth taken into consideration by the populace in The Gambia as we put on preventive gears against the disease, which has continued to take a toll on the lives of people in Africa, where yellow fever is said to be acute.

The WHO further states: “The vast majority of cases and deaths take place in sub-Saharan Africa, where yellow fever is a major public health problem occurring in epidemic patterns. Africa also experiences periodic yet unpredictable outbreaks of urban yellow fever. Thirty-two African countries are now considered at risk of yellow fever, with a total population of 610 million people, among which more than 219 million live in urban settings.”

“ Nature had found the perfect place to hide the yellow fever virus. It seeded itself and grew in the blood, blooming yellow and running red”.

Seedia Bayo to be expelled to France 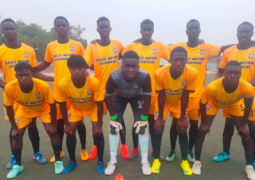