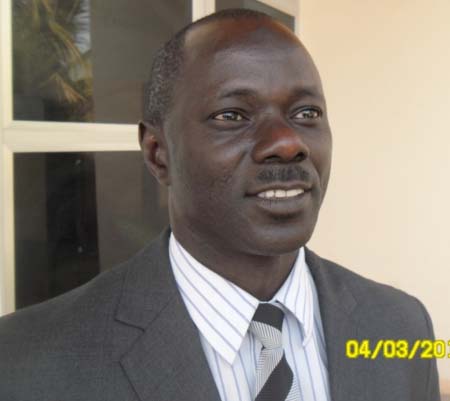 A new 10-year mental health policy of The Gambia has recommended the need to improve living condition of poor people as “there is a vital connection between mental health and poverty”.

The Gambia has a new mental health policy, covering 2016 – 2025, developed by the government through the Ministry of Health and Social Welfare with the support of other development partners.

Journalists were recently briefed about the document and other issues regarding mental health at a press briefing organised by the health ministry in Banjul.

The programme manager for mental health, Bakary Sonko, said the policy highlights the need to improve conditions of people living in poverty and address the enormous burden resulting from untreated mental and substance abuse disorders.

The policy recommendation is based on the fact that poverty, poor housing, inadequate access to basic health services and educational facilities, insecure jobs and low salaries are the living conditions for a large proportion of Gambians.

Mr Sonko said it is predicted that there will be a continuing rapid trend towards rural-urban migration, influx of refugees, seasonal and economic migrants.

“Pressures and increasing scarcity of opportunities will create tensions and misunderstandings,” he said. “The host and migrant groups will compete for jobs and business opportunities.”

Mr Sonko said these events can perpetuate existing psychological, social and economic problems within The Gambia and increase the risk of mental problems as well as illicit substance abuse.

“Therefore, tackling these problems to prevent human potential from being destroyed or directed into illicit activities is urgent,” he said.

According to the programme manager for mental health, there is an urgent need for political commitment at national and divisional levels to address mental health problems.

“This requires more national efforts to improve the standards of living and enhance mental health services,” he said.

Mr Sonko said many people have very little knowledge about mental disorders and are unaware of the availability of simple, effective preventive and rehabilitative measures.

“Many of these erroneous beliefs or misconceptions are held not only by patients, families and communities, but also by health professionals working in both general and mental health services, as well as by individuals within government agencies,” Mr Sonko said.

The programme manager for mental health said these myths perpetuate both stigma and discrimination against mental disorders and also give rise to social adversity, pervasive negative attitudes and prejudices, and at times, the condemnation of people with mental disorders.

“As a consequence, communities including health workers are cautious towards those with mental health problems; families are ashamed of having a member with a mental disorder; and resource allocation for people with mental disorders has been negatively influenced,” he explained.

However, Mr Sonko said these beliefs are slowly changing, but the prejudice against those suffering from mental disorders in terms of lack of inclusion and services still persists

He said that in 2003, the total admission at the then psychiatric unit (Campama) was 1,207 patients. Of this figure, 449 were new admissions and 758 re-admissions.

Out of the total patients admitted, 762 were discharged home, 4 passed away and 101 absconded. The number of Gambians among the admitted patients was 864 and 342 non-Gambians.

The programme manager said the records of the year 2004 were not available in the hospital records office but in 2005, a total of 1,424 patients were admitted.

Five of the patients passed away, 732 were discharged home while 104 absconded.