A man was recently convicted and sentenced to keep the peace and to be of a good behaviour for a period of two months, by the Brikama Magistrates' Court, presided over by Magistrate Abeke.

If he misbehaves within this period, he would pay a fine of D500 in default to serve two months in prison.

The convict, Ensa Ceesay, was found guilty of stealing contrary to the laws of The Gambia.

The facts of the case as narrated by the prosecuting officer, Sgt 1343 Camara, stated that the incident took place on 16 April 2011, when the military officers were on a night patrol.

He said the officers met with the convict riding a bicycle carrying two half bags of Irish potatoes, and asked the convict where he got the potatoes from and he told them that he stole it from the Kafuta farm.

He said the convict was subsequently arrested, cautioned and charged with the offence committed.

In his plea of mitigation, the convict begged the court to temper justice with mercy, saying he would never repeat the act. 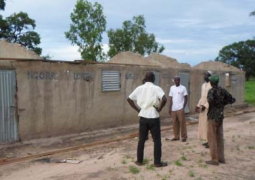