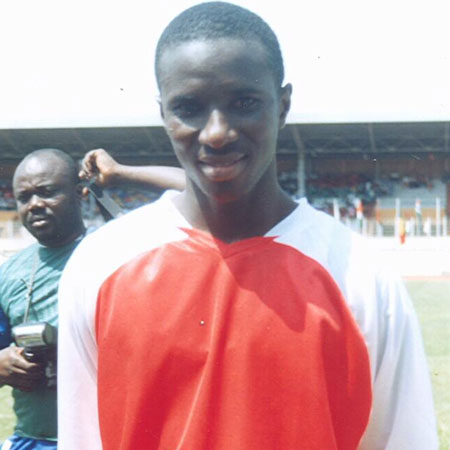 FC UNITED, a Non-league club from Manchester, are interested in taking up Gambian striker Kebba Bah.

The player, who has been training with the club for the past few weeks could have made his debut appearance for the club last weekend, during their FA Cup first round qualifying tie had the club received an international clearance from former club Wallidan through The Gambia Football Association.

According to reports on the club's website, the former Gambia under-20 international striker Kebba Bah will not play unless the club receives international clearance.

"Bah is the intriguing one, having played at the 2007 World Under-20 Championships. He was snapped up after being recommended by staff at The Manchester College, where Marginson is a coach," the report stated.

It also added that, Marginson is rushing into nothing, saying: «Bearing in mind what happened to Wimbledon and others in the recent past we are awaiting confirmation of his international clearance before he can be selected. Kebba is a highly versatile player who can play anywhere and I am looking forward to working with him.»

Kebba Bah played his club football in The Gambia with Flamemins, following the team's relegation to Second Division; he was later signed by first division leaders Wallindan in 2003/2004 Gambia Football Association first Division season. Where he played until he left for the United Kingdom.

He made a daunting performance for The Gambia U-17 in Swaziland and was part of the Gambia U-20 team in Canada last year.

Pointsports was reliably informed that the player will be reporting back for training with the club on Tuesday.

Sisters in court for criminal offences