Testifying, Superintendent Abdou Colley told the court that he resides at the Kairaba Police Station and could recall what happened on 14 January 2010.

He said that on the aforementioned date he was from the together with the Inspector General of Police and his oddly going to .

Superintendent Colley revealed that on arrival at Castle Petrol Station they saw a driver in front of them joining the slow lane while they were on the fast lane.

Officer Colley added that as they approached a junction, the defendant suddenly made a U-turn to the other side of the road without indicating a signal.

“Four of us in the vehicle sustained injuries and we were admitted at the Royal Victoria Teaching Hospital,” he explained.

Magistrate Secka at that juncture adjourned the case until 9 February 2011. 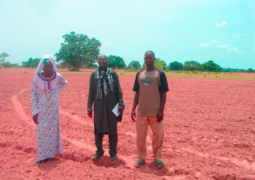