Police Officer to Be Charged

All things being equal, officer Momodou Suwareh of the Gambia Police Force (GPF) will be charged for forgery, this paper can reveal.

An order for officer Suwareh to be charged with falsifying the official stamp of the Alkalo of Farato village was earlier this week issued by the Brikama Magistrates' Court chaired by John Njie.

Suwareh is alleged to have used the stamp of the Farato Alkalo for a transfer of a plot of land which was not his. He was sometime this month ordered alongside the Alkalo of Farato to pay D18,000 for receiving D17,000 from a certain lady on pretext of selling a plot of land to her 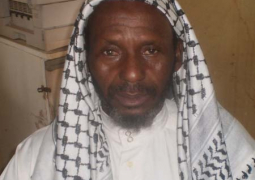