Jally Senghore, a police officer, yesterday testified before magistrate Janneh-Njie of the Banjul Magistrates’ Court in the case involving Babucarr Njie, a soldier, who was found with a pistol at the King Fahd Mosque.

The witness told the court he is a police officer attached to the Major Crime Unit, and that he recognised the accused person.

On 10 February 2017, he was in his office and the accused was brought before him for interrogation and to obtain statements from him.

He called an independent witness, one Fabakary Kinteh, and read the wording to the accused, and obtained the cautionary and voluntary statements from the accused.

The independent witness, the accused and himself signed the documents, he further told the court.

The cautionary statement was given to him to identify, which he did.

The police prosecutor, Sub-Inspector Bojang, then applied to tender the statement.

At this juncture, the defence counsel, Sheriff Kumba Jobe, said they were not served with the cautionary and voluntary statements, and applied for the prosecution to supply them with the documents in their custody to prepare their defence.

Counsel then applied for a short adjournment.

When the hearing resumed, the defence counsel objected to the tendering of the statements, stating that they were not obtained voluntarily.

He urged the court to order a voire dire (trial within a trial) to test the voluntariness of the statements, citing section 33 of the Evidence Act to support his argument.

Prosecutor Bojang then applied for an adjournment to call other witnesses, and the defence did not object.

The case was then adjourned until 15 March 2017, for the voire dire. 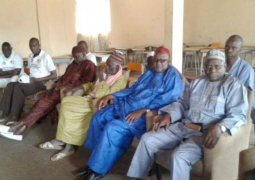