In his testimony, officer Jammeh said that on 13 March 2013, at the New Yundum Station, one Nuha Jammeh and six others complained that certain boys were in the bush cutting cashew plantation and measuring the place, led by Lamin Jarju and Pa Jassey.

He said they went to the scene and when they arrived there, they did not meet them but met with certain people such as Ebou Gaye, Sarjo Badjie and Amadou Lamin Jallow as these were the people he could identify because they were in a group.

Designated as prosecution witness one (PW1), officer Jammeh said the Station Officer, ASP Cham, called their attention to ask them why they were cutting the cashew plants.

He said they refused to come and answer and they insulted, insisted and said they were doing development work.

They later dragged them to the village to meet the alkalo but they found it very difficult to have access to the alkalo, he said.

Officer Jammeh said they later called the attention of the police commissioner, Winston, adding that one of the accused persons, Pa Jassey, who was part of the group, was holding a cutlass and they stood still waiting for them to see what they were going to do.

He said police commissioner Winston came with reinforcement and the one with the cutlass placed it down and the three of them - Lamin Jarju, Pa Jassey and Ebou Gaye - were arrested and taken to the station.

They were cautioned and charged with obstruction, he said. 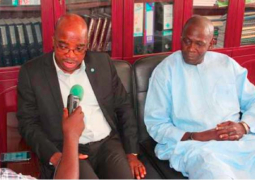