Sgt 958 Kebba Bah, a police officer attached to the Serekunda Police Station, recently testified in the trial of one Ousman Nyang, who was charged with shop breaking and stealing, before Magistrate Tabally of the Kanifing Magistrates' Court.

Testifying as the third prosecution witness, Sgt 958 Kebba Bah told the court that he recognised the accused person and could recalled what happened on 28 June 2010.

He said on the day in question, he received a case file for shop breaking and stealing together with the complainant, Muhammed Jallow, a mobile phone and the suspect, one Ebrima Jallow.

According to him, Ebrima Jallow was verbally interrogated, but denied stealing the mobile, and told the court that the said mobile phone was given to him by Ousman Nyang.

Sgt Bah further adduced that the complainant also told him that the said mobile phone and a laptop were among his stolen properties.

He said Ebrima Jallow was later released on bail, and a search for Ousman Nyang was mounted until one day, when he received information that the accused was arrested and taken to the police Major Crime Unit.

PW3 added that he went to the Major Crime Unit, and collected the accused to Serekunda Police Station together with the laptop, where he was confronted with the complainant who recognised the laptop.

He said a cautionary statement was later obtained from the accused, but denied giving the mobile phone to Ebrima Jallow.

The case was adjourned to 20th October 2010 for continuation. 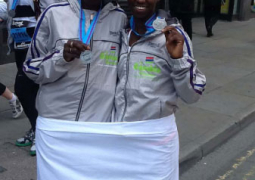