Therefore, peaceful protest and demos are synonymous in any thriving democracy and The Gambia is not an exception. The recent spate of protests in the country calls for more sensitisation and enlightenment among the masses. As right comes with responsibilities, it is important for people to always bear in mind that where one’s right ends is exactly where the rights of another starts.

Suffice it to state that a protest in most developing countries is sometimes characterised as potentially destabilising or threatening to democracy, but there is evidence or proof that protest can coexist with democracy even in the younger and poorer democracies of the world.

While some of the protests involved large crowds which can sometime becomes rowdy and uncontrollable, it is high time The Gambia Police force better equip its men and women with crowd control measures. We must commend the GPF and its sister security apparatus for the maturity and professionalism displayed during the past two protests which pulled out record numbers. But they should not relent in their laurels in ensuring that the internal of the country is guaranteed at all cost.

We also wish to remind the GPF that as far as ensuring the internal security of land is concerned, they shouldn’t even go beyond their limits. We have seen protest in some countries that turned violent.

However, people should not see protests, as necessarily violent or a threat to the interests of national security or public safety. Nor is it necessarily civil disobedience, because most protests do not involve violating the laws of the state.

People are governed by laws and once people are not happy with certain laws and actions in place, they have right to protest peacefully, to seek for redress. We must always bear in mind that The Gambia is a beacon of hope throughout the world when it comes to its citizens’ peaceful coexistence irrespective of one’s religious or ethnic affiliation. This must be brought to the attention of the police high command.

“ He who passively accepts evil is as much involved in it as he who helps to perpetrate it. He who accepts evil without protesting against it is really cooperating with it.” 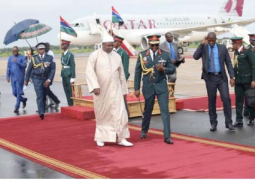 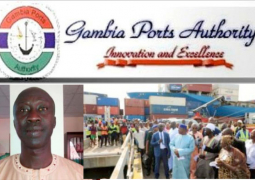