The officials of the Plymouth Banjul Challenge (PBC) on Monday inspected the various projects supported by the challenge within the Greater Banjul Area. The tour which lasted for hours was meant to enable the tour team see by them selves how the beneficiary organisations utilised the funds given to them from the (PBC) grant.

The Plymouth Banjul Challenge (PBC) is a charitable organisation working together with the Association of Small Scale Enterprises in Tourism (ASSET) and the National Olympic Committee (NOC) and supports youth development and community based projects. Many of the projects are tourism related and are helped through the proceeds of the challenge's popular car auction that has been taken place in the country since January 2003.

At Sifoe, Yusupah Kujabi, the administrator of the project, briefed the team about their project. He showed the delegation the various products that they make from honey such as candles, body cream and soap as well as the honey itself.

Mangic Jabang, the president of the group, thanked the PBC for coming to their aid.

Secretary of State Gomez, for his part, applauded the group for their hard work. He also advised them to continue the good work.

Sheriff Mballow, Secretary General of the official Tourist Guides, thanked the PBC for upgrading their status.

At CPA the National Cordinator of the organisation, Mr. Njundu Drammeh, said the funds given to them by the PBC were used to set up an Information and Telecommunication centre for children. He said the centre, since its establishment three years ago, has trained some thirty children, some of whom are now employed by other institutions.

At the hotel school, where about a quarter million Dalasi's worth of equipment was donated, the head of the cooking department Momodou Ngum thanked the challenge for helping them. There, Mr. George Gomez, chair PBC control group, expressed their happiness in supporting the country's only hotel school with state of the art cooking utilities.

The final leg of the tour was at Cultural Encounters where they were received by the administrator David Joof. He said that the centre serves as a platform for ASSET members to expose their products to the market.

Abdoulie Kah, deputy permanent Secretary, Youth and Sports and Mr. Momodou Jarboh chair PBC grant allocation committee, expressed how impressed they were with the various projects visited. They applauded the challenge for contributing to the socio-economic development of the country. Mr. Modou Ndimbalan of ASSET also hailed the efforts of the PBC.

Almost all projects visited the PBC officials do emphasised the need for project sustainability. 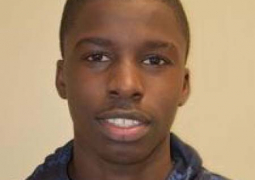