The agency stated that trucks traveling from the capital to camps in Afgoye have been stopped by armed men.

But the UN says that without help, Somali farmers cannot supply enough food for those in need.

The camps in Afgoye, just west of the capital, have the largest concentration of refugees in the whole of .

In January, the WFP pulled out of many parts of southern , because of threats inflicted by the rebel groups.

To us, this is very serious and can indeed worsen the suffering of people in the troubled country.

Reports have it that the people in the area last received a general food distribution from the World Food Programme in November 2009, and there are fears that they are going very hungry.

We call on the international community to rescue the people of , especially the civilians.

"We fear they are suffering even more because food assistance cannot reach them, and some of them may be forced to leave Afgoye as conditions in the camp deteriorate."

has been in turmoil since 1991 when its central government collapsed.

The transitional government, helped by an African Union peacekeeping force, runs only parts of and much of southern is controlled by al-Shabaab.

Food is life and if people are denied access to it obviously they would die.

The civilian population of this country have long been suffering, thus the need to support them to help improve their conditions.

Once again, we call on the Somalis to put aside their arms, stop the insurgency and work together for the betterment of their country. has experienced almost constant conflict since the collapse of its central government in 1991.

It was hoped that the election of moderate Islamist Sheikh Sharif Sheikh Ahmad as President of a transitional government in January, and the departure of Ethiopian troops would stop the violence, but Islamist insurgents are keeping up their almost daily attacks.

The main fighters are from al-Shabab, a radical faction that emerged from the remnants of the Union of Islamic Courts, routed by the Ethiopian forces that invaded in 2006.

The question that would come to one's mind is, how are ordinary people coping?

The latest fighting is said to have forced about 20,000 people from residential areas of the capital, where the battles are being played out by pro-government forces and insurgent groups.

And over the years, hundreds of thousands of Somalis have fled to neighbouring countries.

Drought is further exacerbating the situation, with more than one third of the population reliant on food aid. 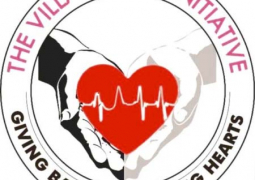