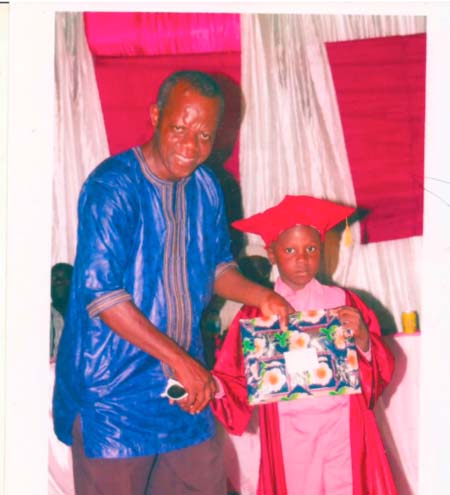 Speaking at the event, the headmaster of the PL George Nursery school, Mohammed Musa, explained that this was their second annual graduation ceremony which was to award prizes to deserving students based on their performance in the school.

He thanked the board chairman and his team, saying that without them it would have been very difficult to make the occasion a reality.

He also thanked the mother club and parent teachers’ association members for all their efforts in ensuring that the graduation was successfully held.

At the end of the graduation, certificates were awarded to various pupils: outstanding pupils, most punctual pupil, neatly dressed and well behaved pupil among others.

He also thanked Madam Charlotte Alima Barney and her daughter Ekau Darling in the USA for their support toward the improvement of PL George School as well as his staff for their hard work.