Speaking on behalf of the president of the ECOWAS Commission at the opening of an emergency meeting of the Committee of Chiefs of Defence Staff (CCDS) on in , , on Wednesday 25th July 2012, the commissioner noted that while there is relative calm in and Guinea Bissau, security challenges remain in the region.

She cited the recent attack on a refugee camp in western that resulted in loss of lives, and expressed the commission’s sympathies to the government and people of the country over the incident.

Commissioner Suleiman also updated the gathering on the situation in Guinea Bissau, where police units from and have been deployed, following the departure of Angolan forces, preparatory to the implementation of the Security Sector Reform (SSR) after the signing of a memorandum of understanding between Guinea Bissau authorities and the ECOWAS Commission.

In considering the report of the Technical Assessment Team (TAM) that visited from 7th to 18th July 2012, she urged the defence chiefs to come up with concrete recommendations that would “move the region forward in our collective quest for enduring peace and security.”

Speaking in the same vein, the chairman of the CCDS and Cote d’Ivoire’s Chief of Defence Staff, General Soumaila Bakayoko, expressed satisfaction with the quality of work and professionalism of the technical assessment team led by Brigadier-General Mohammed Lai, Chief of Staff of the ECOWAS Standby Force (ESF).

He urged the meeting to recommend practical steps on the modalities for the planned deployment of the ECOWAS Mission in Mali (MICEMA), to assist in the stabilization of institutions and the restoration of the country’s national integrity in line with the decision of the 41st ordinary summit of heads of state and government.

Declaring the meeting open, ’s Minister of Defence, Paul Koffi Koffi, represented by the permanent secretary in the Ministry, Alexis Ahonzo, said Africa and the whole world was watching and waiting for ECOWAS to do what is necessary for the restoration of peace in .

Before the opening, the meeting being attended by armed forces chiefs, chiefs of police and gendarmeries of selected member states, as well as the special representative of the President of the ECOWAS Commission to Mali, Aboudou Cheaka Toure, observed a minute’s silence in memory of Ghana’s President John Evans Atta Mills, who passed away on Tuesday, 24th July 2012 at the age of 68.

The committee has held several meetings as part of the regional efforts for the resolution of the crises in and Guinea Bissau, following the coups d’état which interrupted constitutional rule in both countries, and the separatist rebellion in northern . 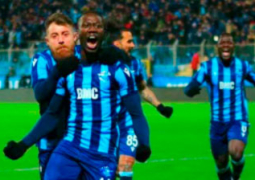 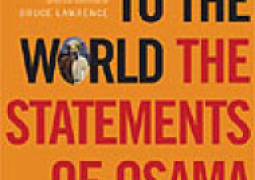 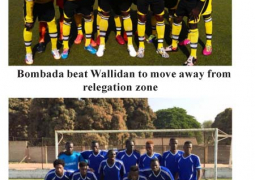