His Excellency Jose A. Cabrera, III, Philippine Ambassador to Abuja, Nigeria, is in the Islamic Republic of The Gambia for a three-day official visit.

During his stay in the country, Ambassador Jose A. Cabrera will meet with government and the private sector officials on international cooperation.

Cabrera III, speaking to journalists at the Kairaba Beach Hotel recently, expressed his profound gratitude to the Government of the Islamic Republic of The Gambia and its people under the leadership of President Yahya Jammeh.

He said that he is in the country to meet with the Filipino community residing in The Gambia, as well as meet with government officials and the private sector.

Ambassador Cabrera III commended President Jammeh for the rapid development he had undertaken since 1994 to date, adding that the country is a tourism destination and “the people of the country are very friendly”.

“Since I arrived in the country on 28 May, I have enjoyed the hospitality of the country and I can vividly say that Gambians are nice people,” he said.

According to him, his visit would also avail him the opportunity to identify opportunities for cooperation between the Philippine and the Islamic Republic of The Gambia, that would be built on mutual benefit for both countries.

He stated that his meeting with the Filipino community at the Philippine Consulate’s office further gave him first-hand information regarding the welfare of the Filipinos in the country.

“My visit will hopefully open other new greater economic ties between the two countries in the area of investment and socio-economic development.”

Outlining areas of cooperation, Ambassador Cabrera III pointed out that it would include education, culture, youth programmes among others.

Over the weekend, Ambassador Cabrera III had a lunch meeting with the Filipino community, evening reception, launching of the University of the Philippines Alumni Association in the Islamic Republic of The Gambia, a visit to Tropingo Foods (startup mango drying factory) and a dinner.

Today, Monday 30 May, Ambassador Cabrera III is expected to meet with the Ministry of Foreign Affairs, the Gambia Investment and Export Promotion Agency (GIEPA), Gambia Chamber of Commerce and Industry (GCCI) and the University of The Gambia (UTG) for partnership on international cooperation. 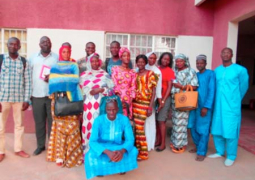