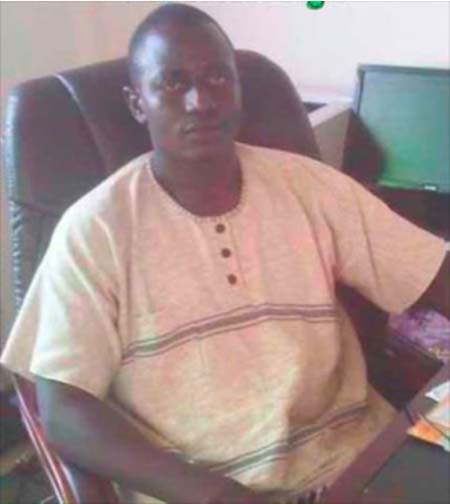 Lamin Jobe has said that entrepreneurship is the key to national development, adding that an educated and skilled work force is critical for a country to sustain economic growth and development.

The economic history of the West, Far East, Middle East, Asian tigers and emerging economies today attest to this, he added.

Mr Jobe was speaking recently at the opening of a five-day training workshop for 50 youths and women in enterprise development skills within the Kanifing Municipality.

It was organised by the National Enterprise Development Initiative, NEDI, as part of a contract agreement with the Gambia Growth and Competitiveness Project, GGCP, to train 300 youths and women entrepreneurs across the country.

Mr Jobe who works with the GGCP noted that higher education and training is particularly important, because it is responsible for the search for truth and the creation of knowledge, which are major pillars of today’s development processes and the future knowledge-based economies.

Entrepreneurship is an employment strategy that could lead to economic self-sufficiency for people, especially youths, he said, adding that self-employment provides people and their families with the potential to create and manage businesses in which they function as the employer rather than merely being an employee.

Entrepreneurship education offers a solution, he went on, adding that it seeks to prepare people, particularly youths to be responsible enterprising individuals who become entrepreneurial thinkers.

He further said that to be an innovative entrepreneur is to be willing to devote yourself fully and unreservedly to making your business ideas a reality.

He noted that the country, and Africa as a whole, needs its young citizens to stand up and showcase their talents.

The Gambia government over the years has recognize the importance of entrepreneurship skills in stimulating growth and dynamism in the economy, and has laid strong emphasis on private sector growth, he went on, adding that the government has formulated various policies and enacted laws to improve the business environment for the private sector.

The government is also supporting MSMEs through the national policy to improve the business climate, Jobe further said, while describing skills and employability as critical for individuals and the labour force.

“Investing in knowledge and skills is one of the most effective means of enhancing the employability of the poor to participate in growth and wealth creation.”

He told participants that there are a lot of opportunities for entrepreneurs, and urged them to register their businesses.

Landing B. Sanneh, the General Manager NEDI, said the objective of the training session was to expose young people and women entrepreneurs to the basic concepts of enterprise development.

He noted that the gap that exists within the youth sector in terms of entrepreneurship development is huge, based on various factors.

The training course would help participants to be able to excel and sustain their businesses in the market adequately, he pointed out, adding that young people and women needed the training.

They are able to get this far because of the unrelenting and unreserved efforts of their line ministries, he said.

He, therefore, thanked the Gambia government for giving them the enabling environment to get to the young people.

The training activity would give young people the opportunity to think outside the box, and be more entrepreneurial to seek for opportunities that would employ and enable them employ more, he stated.

The deputy Major KMC, Momodou Jaiteh, in his remarks said people have the notion that business is the easiest activity one could engage in, but business or entrepreneurs requires skills, knowledge, and capacity in other to excel.

It is time NEDI thinks about providing those opportunities for youths and women of the municipality, Jaiteh said.

In any business, one expects profits and as such one must have the skills to be able to get returns, he pointed out, while commending NEDI and partners for the initiative.

He expressed his municipality’s readiness to work with them, and give their support to NEDI.

Aunty Naba Gassama, the lead trainer, said they all have potentials and only need a little push to be there.

The importance of involving young people in national development could not be overemphasized, he said, adding that youths have a responsibility to become good entrepreneurs.

Yahya Colley, a representative of the NEDI board chairman, also spoke at length at the opening ceremony of the training workshop, held at the B.O. Semega Janneh Hall in Tallinding.