The contest will bring together participants from areas within Gunjur such as Karaba, Karanding, Sanchaba, Santos, Fabaida, Newtown and Kulukochi for the weekend extravaganza.

The contest is expected to attract audience from Gunjur and its satellite.

The contest will kick-start with debate that will be followed by male and female dancing competition and beauty contest later at night and thousands of dalasis will be given to the winners at the end of the contest.

The contest is meant to support students in their quest to acquire quality education as well as exhibiting their skills and talents.

DJ Solid, Black and Chama of Dynamic Sounds will supply the audience with music during the contest. 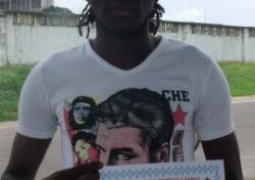