Speaking in an interview with Entertainment recently, ENC said his hard work and trend has got him linked up  with America’s most wanted reggae/dancehall DJ of the Da Flava Radio in Atlanta called Ricovibes, who served as a great support by endorsing and pushing him  through international fans based in various countries like England, Jamaica, Kenya and USA itself.

The international linkup got successful and in November 2012, he finally released the mix tape.

“I was born in 1988, ventured into music scene in the year 2005 and my first time major breakthrough is when I entered to The Gambia’s once most popular TV show called The Chart Buster in 2008 and made it to the final top 10 with a unique style and pattern and being the only dancehall artiste in the competition,” he explained.

According to him, 2009 became the year of complete revelation for him as he geared up his career to a higher level, trend-settings and history making in the music industry being a three-in-one person.

The dancehall superstar started being a club DJ (Selecta) with his crew mate G. Faal who managed and anchored him through his young star-hood as part of the G Click Entertainment.

That one, he said, gave him  a  great opportunity to become a radio presenter at West Coast radio, where he started as a dancehall news presenter with some entertainment information, then couple of months later he started hosting the dancehall show proper every Monday.

“Eventually January 2010, I introduced The Gambia’s only Gambian dancehall show on radio called Back Stage Show, which created a great platform for lots of young upcoming artistes to get promoted by giving them a huge airplay and exclusive interviews, respectively for the audience to know them,” he said.

He said Back Stage Show will be celebrating two-year anniversary of achievements and all artistes that are featured in the show will be on stage.

He added that he has a huge collaboration with a Jamaican sensation artiste called Aria on the song “Rough Up The Party”, which hit Jamaican market. These songs helped him to make it to the international dancehall mainstreams in the world.

“In July 2012, I performed at South America’s festivals held in Venezuela with lots of Gambian artistes. We met with so many artistes, producers and promoters, and South Americans love my music,” he said. 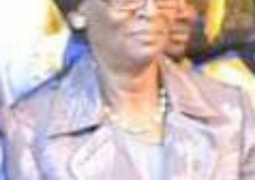 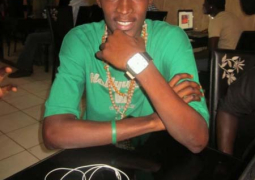