One Pa Ablie Secka, manager of Manding Mbally Band, was recently arraigned before Magistrate Fatou Darboe of the Kanifing Magistrates’ Court, charged with stealing and forgery.

The charge sheet read in court on count one stated that between October 2013 and some time in 2014, at Bakau New Town, in the Kanifing Municipality, as a trustee serving as manager for Manding Mbally Band, he stole D49,625, the property of the said band group.

He denied the charge and was granted court bail of D50,000 with two Gambian sureties each who must deposit ID cards with the court. 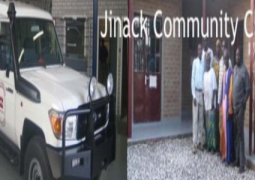