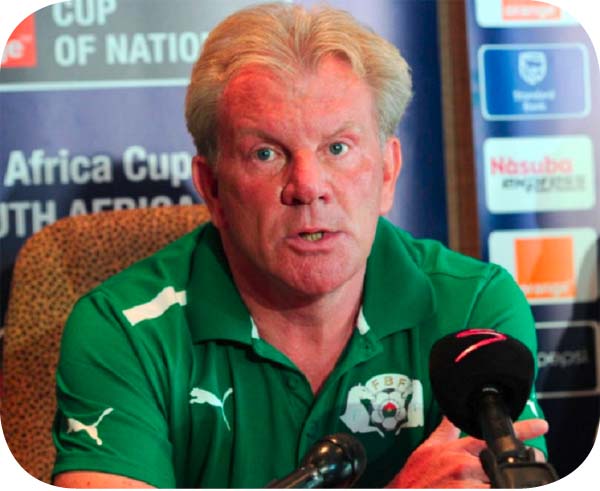 Paul Put on Monday 9 February 2015 parted with Burkina Faso as head coach of the national team, following the team’s poor performance at the recently-concluded African Cup of Nations hosted by Equatorial Guinea.

According to RFI, the Belgian, who guided “The Stallions” to the 2013 Afcon final where they lost to eventual winners Nigeria 1-nil in the final, has stepped down from his post.

Burkina Faso endured a poor campaign in Equatorial Guinea, finishing bottom of Group A with just a single point in 3 encounters.

Put was manager of the Gambian national team from 2007 to 2011, before being appointed as manager of Burkina Faso in March 2012.

He had previously managed Belgian club sides Geel,Lokeren and Lierse, before being banned for three years by the Royal Belgian Football Association for his alleged involvement in the Ye Zheyun match-fixing scandal.

Burkina Faso finished fourth in the 1998 Africa Cup of Nations, when they hosted the tournament.

Their best ever finish in the tournament was in the 2013 edition hosted by South Africa, where they reached the final.