Pass Table Tennis Club of Old Yundum on Saturday celebrated a massive victory over their opponents after they emerged winner of a day-long National club Table Tennis Championship held at the Independence Stadium Table Tennis Centre under the watchful eyes of Peter Prom, president of the association.

The weekend’s championship designed to breathe life into the game that was dormant over the years, attracted interests from various registered clubs across the country and has seen Pass make a remarkable performances to claim the top accolade as they finished at the top.

They were rewarded for what officials called their astonishing performances as they collected a trophy, gold medal, plus a cash prize of D2,000 at the end of a fascinating table tennis championship, which is also intended to promote and encourage massive participation in the game.

Another outstanding table tennis club that went to the stage to collect a prize was the All Star Table Tennis Club whose impressive demonstration earned them a cup, a silver medal as well as a cash prize of D1,000 as the runners-up with Eagles Table Tennis Club of Kanifing South occupying the third spot with the reward of a trophy, a bronze medal and D500.

However, there were prizes for participants at the under-16 category when Baboucarr Sowe, who claimed top spot after some great showing, went to the podium to receive his winning prize, which includes, short, shoe and sock, while his closest rival Ebrima Lette in 2nd place also went home with a similar reward.

Ebrima Sonko in third also walked away with some rewards to his pride. 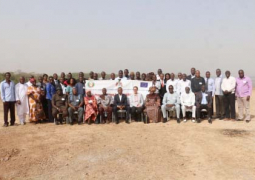 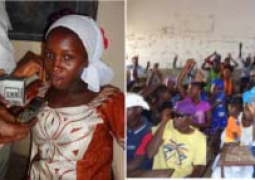