Masira Drammah, a plaintiff witness, was recently cross-examined by Assan Martin, counsel for the defendant, Alhagie Ngum, who was sued by the plaintiff, Babucarr Jallow, at the Kanifing Magistrates' Court before Magistrate Tabally.

The plaintiff, Babucarr Jallow, sued Alhagie Ngum, claiming the recovery of D25,850, being the balance of D31,000 owed to him by Ngum.

Testifying under cross-examination, the witness, Masira Drammeh, said the first day he saw both parties was when they came to his house. He added that on that day, the defendant did not give any money to the plaintiff.

"In my presence, the plaintiff gave the defendant D15,000," the witness revealed.

When quizzed whether he was present when the said D31,000 was given to the defendant, he replied in the negative, saying they only signed a written contract in his house in the presence of one Hassan Buso.

He revealed further that he was not there when the third party, Hassan Buso, came to collect money from the defendant.

"What I saw was D15,000 handed to the defendant in my house," the witness asserted, noting that the defendant himself admitted taking D31,000 from the plaintiff.

When Lawyer Martin put it to him that his client only admitted paying D7,000 at the CID office, the witness denied the claim, saying that the said document was signed by Hassan Buso on behalf of the defendant at the CID office. 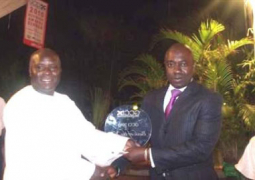