It is very strange that most people regard the journalist as the enemy of the powers that be. Yet, the journalist does not see himself or herself in that role.

In fact, this is a mandate given to the journalist by the constitution.

The journalist’s job requires him or her to report on both the pleasant and the sordid aspects of society.

News consumers have to learn to take the good with the bad.

The journalist does not create news; he or she reports it as he or she sees it, whether its good news or bad news.

So they are neither friends nor enemies of anybody, and, definitely, not the powers that be!

Indeed, who would want to be considered an enemy by the powers that be?

What is true, however, is that the journalist is a partner in development. The journalists are partners in development because by reporting the bad news, they are drawing government’s attention to drawbacks that need improvement.

Even when reports produced by journalists are seen in some quarters to be unfavourable, the public should take them as corrective measures, put forward by partners in development.

And when they report on the positive aspects of society, they are equally highlighting the good work of leaders at all levels, and helping to consolidate their strengths.

It is for this reasons that we commended some organizations, especially the UNDP, diplomatic missions, and several other institutions for supporting the Gambian media over the years.

Assistance was provided and continues to be available to Gambian journalists, including training which is a prerequisite for growth and development in any career.

When journalists are well trained, it enhances their professionalism, which ensures responsible journalism, since they have the zeal to give the profession all that they can.

It is in this regard that, once again, we thank the UN System and all donors for their support, especially to the independent media, and call on all institutions in this country to help the media contribute its quota in fostering development in our society. 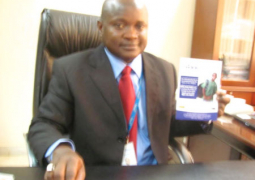 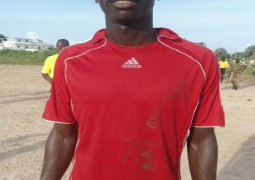