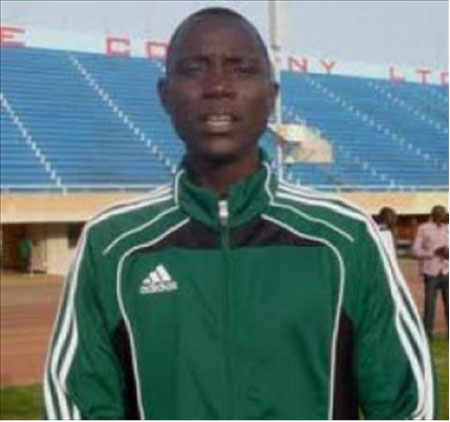 Papa Gassama will be assisted by two other Gambian referees, namely Sulayman Sosseh and Omar Darboe.

He officiated at the 2012 Olympic tournament,in which he was the fourth official for the gold medal match between Mexico and Brazil.

He also served as a referee at the 2012 and 2013 Africa Cup of Nations tournaments, as well as the 2014 FIFA World Cup qualifiers.

In March 2013 FIFA named Bakary Gassama as one of the fifty potential referees at the World Cup 2014.

On 15 January 2014 the FIFA announced that he would be one of the 25 referees on the tournament.

He officiated the third group stage match in group B between the Netherlands and Chile on 23 June 2014.

He officiated the Africa Cup of nations final on 8 February 2015 between Ghana vs Ivory Coast.

Papa Gassama was named 2015 African Referee of the Year, his second in a row, equaling the record held by Algerian Haimoudi Djamel, who won in 2012 and 2013.