A five-day intensive refresher training course for refrigeration technicians on ozone depleting substances is under way at Brikama Joko, in the Western Region. The training, which has drawn over 30 participants from different refrigeration workshops in the region, was organized by the National Environment Agency (NEA).

In his opening remarks, the Programme Officer for Ozone Depleting Substances, Alhagie Sarr, said there is a need for a holistic local effort in saving the ozone layer from depletion. He said the world being a global village, the contribution from refrigeration technicians would contribute immensely in reducing the emission rate of Chloro-Fluoro-Carbons (CFC) chemicals that deplete the ozone layer.

He therefore called on the participants to adopt the good practices learned during the training and spread the gospel to other technicians who did not attend. Sarr said that the importance of the ozone layer is the role it plays in reducing the harmful ultra-violet rays from the sun reaching the earth's surface.

In his keynote address, Abdul Aziz Mboge, the course trainer and senior lecturer at the GTTI said refrigeration technicians are targeted because (CFCs), which are the main source of ODS in The Gambia, are found in refrigerators, air conditioners, foams and aerosols.

In his keynote address, Dawda Badjie, Co-Programme Officer for Ozone Depleting Substances, disclosed that the training course for refrigeration technicians is one of a series to be conducted in all the regions towards meeting The Gambia's international obligations in phasing-out the consumption and production of ODS by 2010. Badjie said the training is intended to strengthen the capacity of refrigeration technicians in the country. 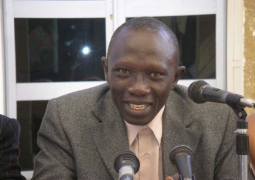