No Error of Judgment as Justice Prevails

The judgment of the Banjul Magistrates' Court declaring Mr. Omar Ndow, former Managing Director of Gamtel, a free man reassuringly demonstrates the sustenance of what legal minds will now, and in years to come, call the glory days of the judiciary. The judgment instantly terminates the charges that Mr. Ndow, as Managing Director of Gamtel, willfully omitted to refer a contract document to The Gambia Public Procurement Authority (GPPA) as was statutorily required of him.

The clear-cut judgment in this case suggests that somebody somewhere has not done their job properly before charging people and bringing them before the courts as was recently the case with Mam Sait Ceesay. Mr. Ceesay had all charges against him dropped in what could only be described as a very flimsy case. Those concerned ought to know, with the benefit of hindsight, that the recent cases were clearly the flagrant subjugation of individuals to naked intimidation. This is why it is so heartening to see that that the victims of such attempted denials of justice and rights can avail themselves of the unwavering protection of justice which the judiciary embodies.

The same goes for other trials such as those of Maimuna Taal and Pa Sallah Jeng, to name but a few. Thus we beseech the investigators, whosoever they may be, to carry out investigations thoroughly so as to avoid, as one might call it, embarrassment to the state. 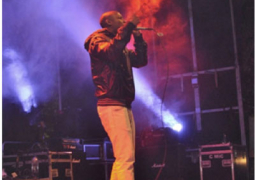