A total of 9330 registered voters in the Kiang West constituency head to the polls this morning to elect a new National Assembly Member for their constituency.

Menata Njai of the ruling Alliance for Patriotic Reorientation and Construction (APRC) and Pa Touray Bajinka of the opposition National Reconciliation Party (NRP) will battle it out.

The Kiang West constituency National Assembly seat became vacant following the expulsion of Hon. Yahya Dibba by the APRC party earlier this year after the party said that he was found to have conducted himself in a manner that runs contrary to the rules of the APRC, and the party cannot accept such behavior from its membership. 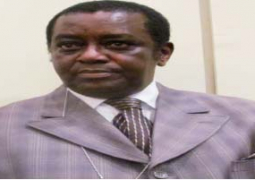