Ines Fors Fernandez and Dr Hamad Berahamah, ambassadors of the Republic of Cuba and Kuwait respectively, have ended their tour of duty after four years in The Gambia.

Speaking to waiting reporters shortly after a closed-door meeting with President Jammeh, Cuban ambassador Fernandez described her four years in The Gambia as amazing and a great experience.

‘‘It has been amazing and a great experience, and I won’t forget what I have learnt in this country. I have received the support of not only the Gambian authorities but also the Gambian people,’’ she told reporters.

Outgoing Kuwaiti ambassador Dr Hamad Burahamat told reporters that he was at State House to thank President Jammeh for his support and kind advice to strengthen relations between Kuwait and The Gambia.

‘‘I told President Jammeh about my impression on the developments in The Gambia during my tenure. Day after day, we see the developments and the achievements made both in the economic and infrastructure sector,’’ he added.

The outgoing Kuwaiti diplomat also told reporters that he conveyed the compliments of the Emir of Kuwait to President Jammeh, and extended an invitation to President Jammeh to attend the third Arab-Africa summit in Kuwait in November. 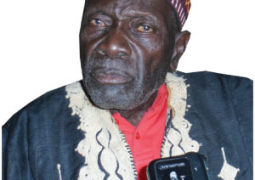