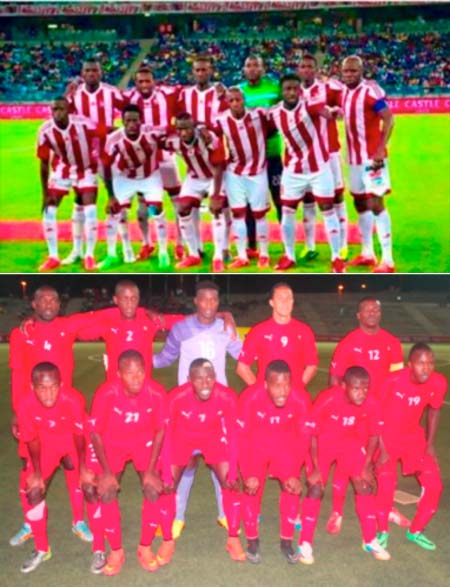 The Gambia are set to clash with  Namibia in the first leg tie of the 2018 World Cup qualifiers today, Friday 9 October 2015, at the Independence Stadium in Bakau at 5pm.

Today meeting will be the third between the Gambia and Namibia in international football competitions.

The Gambia thrashed Namibia 3-1 in the first leg of the 2012 Africa Cup of Nations qualifiers in September 2010, at the Independence Stadium in Bakau.

Winger Sainey Nyassi, striker Ousman Jallow and Momodou Ceesay were on target for the Scorpions.

Namibia and Gambia both failed to qualify to the 2012 Africa Cup of Nations after finishing bottom places in their group.

The Scorpions are hoping to come out victorious against the Brave Warriors in the first leg in order to boost their hopes of reaching the second round of the qualifiers against Guinea Conakry in November 2015.

The Brave Warriors, on the other hand, will also be fighting for a positive result against the Scorpions in the first leg in order to finish job in the second leg on Tuesday.

The Gambia lost to Cameroon 1-0 in the 2017 Africa Cup of Nations qualifiers 6 September 2015, at the Independence Stadium in Bakau. 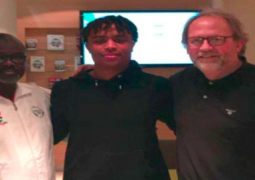