Dr Olungander Calls on Gambian Artists To Redouble Their Efforts

The uprising Gambian reggae artist, Dr Olugander has called on Gambian artists to redouble their efforts more particularly in music. The Gambian reggae Dr, recently speaking in a telephone interview with this reporter, said that his new album entitled 'Stronger Than Before' is a hot tasty musical meal that every music lover should grab. Dr Olugander, who is currently in the smiling coast of , has cemented his reputation as a hot reggae star with the release of his new album. The album featured messages such as manifestation e t c.

According to him, more efforts will be created to release more albums, adding that The Gambian music industry should be well considered. He highlighted that 'Stronger Than Before' is all about hard work. He called on sponsors and philanthropists to come to his aid and support him to produce his album. "I need support from any one who can help in any way to achieve my dreams come true," he revealed.

Previous:
An Excellent Art Gallery in Town
Next:
THE ISLAMIC CENTER FOR HARMONIZATION OF SCHOOLS OF THOUGHT (ICFH) 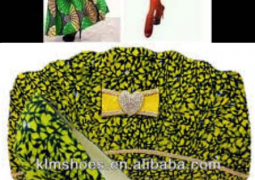 African fabrics bring out the beauty in you