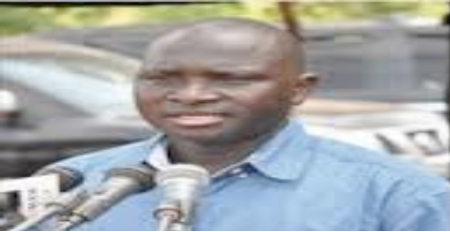 A high-level delegation comprising senior government officials from the Gambia Immigration, prisons, police, Foreign Affairs Ministry and the Ministry of the Interior on Sunday 19 March 2017, left for Switzerland and some other European Union countries, our sources confirmed.

The sources revealed that the official journey to Switzerland and European Union countries is aimed at negotiating and facilitating the extradition of some exiled and wanted Gambian officials, in the erstwhile Yahya Jammeh government.

It would be recalled that Ousman Sonko, the former Interior minister in Jammeh’s government, was reportedly arrested and detained by the Swiss authorities since January 2017.

One of the Swiss daily newspapers reportedly disclosed that the Swiss authorities had demanded for evidence linking Ousman Sonko with any criminal activities.

Meanwhile, according to our sources revealed that Ousman Sonko owes the Gambian people explanation in connection with the disappearance of Chief Ebrima Manneh (the Daily Observer reporter), the killing of 32 Ghanaians in Tanji, the burning of Independent Newspaper printing press, alleged mass killing of soldiers, among others.