Arrest of NIA officials was in good faith - Interior ministry 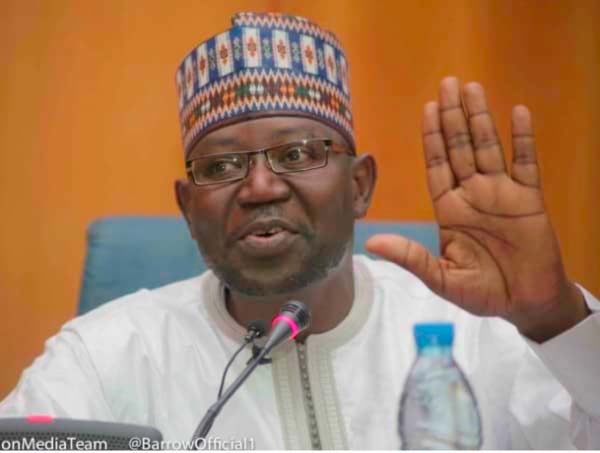 The Ministry of the Interior has said that the arrest of the nine senior officials of the National Intelligence Agency (NIA) was done in line with the best interest of the citizens, “the victims of predatory malgovernance of the last regime.”

In a reaction to comments attributed to the Justice minister that the Ministry of the Interior did not consult with his ministry in the arrest of the NIA 9, the Interior ministry said it acted properly in accordance with the law.

“The Ministry of the Interior acted properly in accordance with the law, and in the best interest of the government of The Gambia and the citizens, particularly the victims of torture, enforced disappearances, killings and other predatory malgovernance,” Interior Minister Mai Fatty said.

Yesterday, Justice Minister Abubacarr Tambedou revealed that his ministry was not consulted by the Ministry of the Interior or the police before any action was taken in the case of the NIA 9.

Tambedou said that it was paramount the Justice ministry was informed in view of the fact that it was going to be ultimately responsible for the case when it was presented before the courts.

In reaction, the Interior ministry issued a statement in which it said “Gambians would appreciate the fact of legendary brutality inflicted by certain elements within the NIA and Jungullars” – Jammeh’s alleged team of assassins.

“The apprehension of some of the Jungulars, who were serving members of the Gambian army, was a result of excellent collaborative effort between the police and the armed forces,” Lamin Njie, press secretary at the Ministry of the Interior, said in the statement.

Mr Njie said the investigation, in itself, by nature required the integrity of the information be protected and also in accordance with the due process of the law.