Mamanding as he is commonly called signed the professional contract that will keep him at the club until 2018.

The 17-year-old who has been with Rush Soccer Academy between 2004 and December 2013 before signing for the German Bundesliga side, which currently sits in third place from bottom in the 18-team league table with 17 points from 17 games.

Abdoulie Bojang, head coach of Rush Soccer Academy, who was a coach for the teenager before his move to the German club, expressed delight with the switch as it is the second highest profile signing of a player from the Bakau-based academy, following Kekuta Manneh who now plays for Vancouver Whitecaps FC of Major League Soccer. 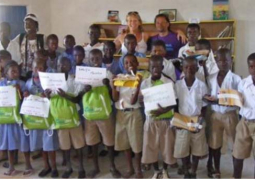