In a statement sent yesterday to The Point, the Gambia Bar Association denounced the meeting between co-prosecutor Mr Sheriff Marie Tambedou and wife of the accused in the criminal case involving Yankuba Badjie and eight others. While it blamed Mr Tambadou for unethical baviour it also condemned “the mischievous actions” of Mrs Badjie.

Here, following, is the full statement of the Gambia Bar Association:

The Gambia Bar Association like the general public is gravely concerned with the statements made by one of its senior members, Mr Sheriff Marie Tambedou, in a leaked audio conversation with one Ndura Badjie.

While some circumstances surrounding the meeting remain unclear, what is evident is that Mr Tambadou was acting in his capacity as a prosecutor and Mrs Badjie as spouse and possibly representative of one of the accused persons.  In that circumstance, such a meeting ought not to have happened.

The ethics of the profession do not allow a prosecutor to discuss matters relating to a plea bargain with a third party/or accused who is represented by a lawyer. In this case, a meeting with the spouse of the accused was inappropriate.

As such, The Gambia Bar Association does not support such impropriety and expects that Mr Tambadou will clarify the matter and take the necessary corrective measures so that he may move on from this unfortunate incident.

Similarly the Gambia Bar Association condemns the mischievous actions of Mrs Badjie and considers her pre-meditated recording of the meeting as an intentional act to undermine the administration of Justice.

The  Honorable Attorney General and Minister of Justice has to date conducted himself with honour, dignity and with due regard to the principles of justice. The Gambia Bar Association re-states its support for the Attorney General and hopes that he will rise above this incident and continue to fulfill his mandate with distinction and judiciousness.

The Gambia Bar Association wishes to assure the Attorney General and Ministry of Justice that the trust and confidence reposed in the private bar is not misplaced and that its members will carry out their duty with diligence and professionalism.

As a Bar, we take pride that such a sensitive assignment of national interest has been given to private lawyers of outstanding integrity and proven accomplishments.

The Gambia Bar Association shall continue to work with its members to ensure that they live up to the ideals of the profession. 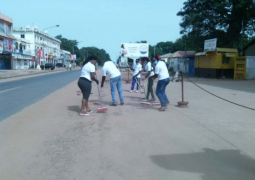 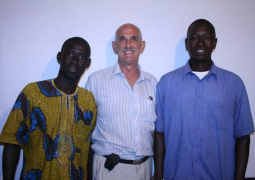