Organisers of the 2010 National Youth Conference and Festival (NAYCONF) on 24 November 2010 held a press conference at Kanifing Municipal Council to brief journalists on their level of preparedness ahead of the biggest youth gathering.

The Kanifing municipality is hosting this year’s NAYCONF that is slated to be held from 17 to 23 December 2010 on the theme: "Revival of Culture".

Speaking to journalists, Yankuba Colley, Mayor of KMC, said this year’s event is indeed huge and challenging to both government and the host. "It is not easy to gather people from different walks of life," he added.

Mayor Colley said: "We want a better that was why NAYCONF is held after every two years so that The Gambia will have better human resources."

He called on the public to come on board to ensure the event is successful. "Every country depends on its youth, therefore there is a need to help them," said the KMC Mayor.

He added that the KMC wants to excel in anything it is doing and that is it why it wants a successful NAYCONF.

The permanent secretary of the Ministry of Youth and Sports, Alieu K. Jammeh, stated that the KMC recently inaugurated a local organising committee ahead of the event.

"NAYCOF was enacted by parliament to give youth an opportunity to come together in order to reflect on their aspirations and suggest tangible policies to government for their betterment," said Mr Jammeh.

He urged all and sundry to give their maximum support, and called on the youths to take NAYCONF seriously.

Speaking earlier, Marchel Mendy, executive secretary of the National Youth Council, said: "It is important that people are sanitised so as to take ownership of the event and all documents relating to NAYCOF."

He called also on stakeholders and the general public to support Kanifing municipality in its efforts to make this year’s NAYCONF another resounding success.

"It is an event of young people, therefore it requires the efforts of everyone," he says, adding that the theme for this year's occasion is indeed vital.

Malang Jarsey, director of Youth and Sports, who chaired the press conference, highlighted the importance of the biennial youth gathering. 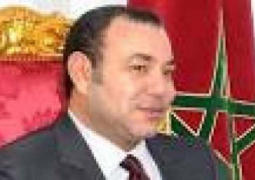 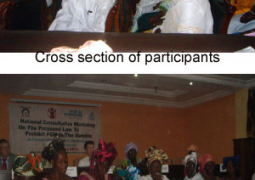