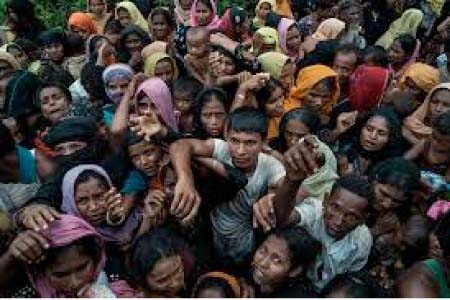 The Gambia as a country largely supported by the international community liberated itself from 22 years of dark history characterized by among others, atrocities and enforced disappearances. The new Gambia is determined to return as it were under the era of Sir Dawda Kairaba Jawara, a country known for its rule of law and respect for human rights, hence its recognition as the human rights capital of Africa.

On the premise of the foregoing, to rebrand the image of The Gambia is the duty of every Gambian to advocate and remind the world of the values and principled stand the Government of The Gambia is committed to protecting for humanity.

Towards this endeavour, the government of The Gambia values human life and dignity across the world be it in The Gambia or Myanmar. As a small country with less to offer to the world, our role in defending human dignity in The Gambia and around the world cost nothing but international recognition.

Worthy to mention here that The Gambia is not new to leading the world in seeking peace and preserving life and dignity. Mediation between Iran and Iraq in the 1980s was led by no other than our very own, Sir Dawda Kairaba, entrusted and mandated by the Organisation of Islamic Cooperation (OIC), supported by the United Nations to broker peace and avert humanitarian catastrophe in the region not at least close to West Africa.

Challenges of a small nation are insurmountable, yet the responsibility to protect and preserve human life and dignity is a business for all nations, small or large, poor or rich. It is therefore incumbent on all nations to prioritize issues of concern to the world and do without selfish and nationalist rhetoric. The world needs The Gambia likewise The Gambia in the United Nations (League of civilized nations).

To be known for being a human rights champion, would not harm any nation but gain. It was not by accident that the world came to the aide of The Gambia in the most trying times of our country’s history. To, therefore, share with the world our little way of respect and compliance for human rights, should be our most valuable weapon and we must not relent or shy away.

It is not reasonably excusable for any responsible nation to ignore the extermination of a group of people under the pretext ‘not our priority’. Such excuses may cause one to wonder what brought the ECOMIG Forces to The Gambia in spite of all the domestic challenges facing each of the countries that selflessly volunteered their gallant men and women for the ECOMIG Force.

The world, and in particular, state parties to the Genocide Convention have been under the challenge of turning a blind eye to the acts of genocide being committed against the Rohingya in Myanmar for years. The Gambia as a member of the international community including the Muslim Umma (OIC) is no exception.

The dire circumstances faced by the Rohingya people who are being persecuted for being Muslims and a distinct ethnic group in Myanmar have been discussed in many international fora but without tangible results leading to protection and accountability for the lives of Rohingya. Should The Gambia continue to be among the silent majority and therefore become complicit in genocide acts being meted to the Rohingya, or speak out and take action for the Muslim Umma as well as save humanity?

The Government of The Gambia has decided on the latter as a giant and champion for human rights and dignity of all mankind by taking steps to bring Myanmar to compliance as required by the Genocide Convention. The Gambia as a party to the said convention is under both moral and legal obligation to defend the convention and indeed the reception is overwhelming.

The stance of The Gambia did not stem out any attention-seeking but to rather plant a seed for future concessions considering that The Gambia is not an island and we may need similar support as was in December 2016 post-election. In view of this, The Gambia and every Gambian should be proud that our guiding principles and values as related to respect for human life and dignity are no longer limited to our shores, but leading the world in the call to bring Myanmar to compliance with regard to the genocide convention.

Every Gambian should view this historic event as a proud moment and manifestation of the slogan ‘Never Again’ to Atrocities in The Gambia and indeed all over the world, and that a fight for one Gambian life and dignity is worth replicating for a thousand lives around the world. As a responsible member of the international community and precisely “the Genocide Convention,” we are duty-bound to take necessary steps as a sovereign state and people to lead in bringing/calling for accountability where it is due in the interest of humanity. 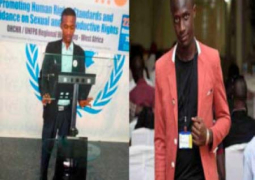