Omar Dibba, a police officer, yesterday testified at the Kanifing Magistrates’ Court in the drug case involving one Ousman Wadda, who was alleged to have been in possession of prohibited drug.

Officer Dibba told the court he is attached to Operation Bulldozer and could recognise the accused person.

He recalled 6 June 2012, when he was in the office at Operation Bulldozer base, a team from the operation came back to the office with four bundles of suspected cannabis together with the accused.

“I was instructed by my commander to obtain cautionary and voluntary statements from the accused person, which I did,” he said.

He said the same procedure was followed in obtaining the voluntary statement and the accused was later charged.

Hearing was adjourned till 11 September 2012. 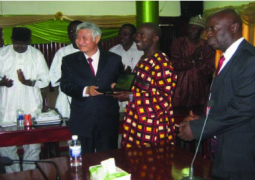