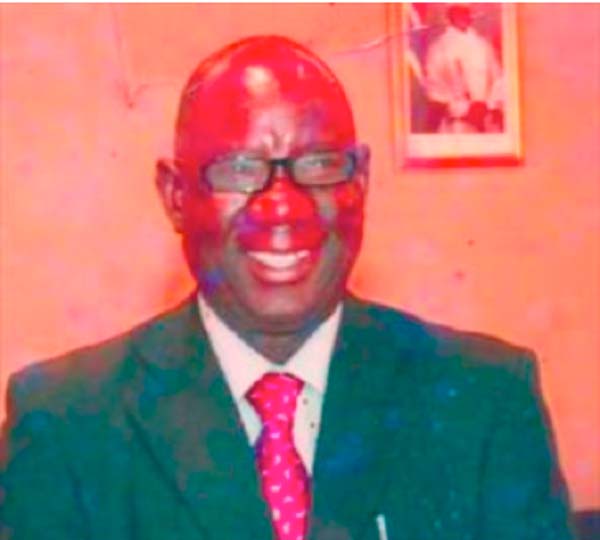 In the spirit of Christmas and the New Year, I wish to convey great tidings of peace, love, joy and happiness to all my friends and family, especially Christians in The Gambia and around the world.  As we enter 2017 with hope for the glory of a smooth and orderly transition into the New Gambia, a new era of democracy and human dignity, I wish with all humbleness, to seek the kind and graceful hand of the Almighty Allah in this historic march.

In the science of government, each government sets the rules they play in their various schemes to appease all classes of society, but each government type too can choose at least some of their reform agenda and use available state resources and facilities to address them as they see fit.

As you know, when the citizens had the chance, given by the constitution, they chose a new path for the country for the next 3 years, to be based on democratic principles of control and direction of public resources and authority. It has been universally asserted beyond all reasonable doubt that the election satisfied all known standards of its kind anywhere in the world, as free and fair, and no one can undo that. Gambians have moved on and elected Adama Barrow as their president. The will of the people must be accepted because it is the will of God.

The Gambia must have a president at all times and so there is no provision in our constitution, where the Supreme Court or any other institution can manipulate anything and extend or shorten the expiry date of a president.

If the Supreme Court absolves the petitioner in the end, and establishes the need for fresh election, it will be the duty of the declared winner, who would have been the sitting-president, to set up the prescribed, statutory electoral apparatus and organize the fresh election in question.

This is how the development process relies on continuity. Jawara moved us from colonialism to independence, to the foundation of a nation state based on the tradition of modern democracy. It would have been a total disaster if after all these years, we cannot say that the country has not moved from point A (Jawara years) to point B (Jammeh years), likewise it should be peacefully allowed to move to point C (Barrow’s age) as well.

There should be justice to prepare the necessary legal framework, in the spirit of this continuity, Adama will of course pick up the positive and forward looking policies of Jammeh and build on them for the future of the country.

Presently, The Gambia has no confrontation with the western world; we are securely placed in the world community through our membership in the UN, AU, OIC and ECOWAS. In the interest of The Gambia and her people, we need to work bi-laterally and multi-laterally, as a trusted and respected partner and member to find a peaceful resolution to our political impasse.

As for Senegal and ECOWAS, they are the gateway of The Gambia with the rest of the world; the age of the nation-state is also the age of the global state. In the geopolitical position of The Gambia, we are in ECOWAS and we share the same cultural, geographic and economic space with Senegal and in extension, the rest of West Africa. We cannot isolate our country in a corner away from the eyes of the world, we are part of the free world and we are in the reality of the 21st Century.

But if they are on the side of the Gambian people in this struggle and then there is still ample time for them to bring parties onboard to seek a peaceful resolution to the political deadlock. Military confrontation is never a substitute for peace.

The principal goal of ECOWAS is economic integration of its member countries in light of global trends in economic cooperation. There is no economic integration without political integration.   The only way Ecowas itself can guarantee the economic space, is first, to ensure that it exists cohesively in the context of a political time and space. And its member states feel safe, secure and protected in the political time and space. The Gambia is an integral part in ECOWAS; we must stay in it, contribute to it, enjoy its benefits of membership and through it play our part in the world economy, as a people with history, culture and dignity.

Mass media messages promote not only products and consumption goods but also people’s moods and attitudes, and shapes a sense of what is and is not important to most of society. In the west and in most African countries now, the widespread availability and exposure to TV makes it the primary focus of most mass media discussions. Mass media is now a permanent part of our culture as a nation and although Foreign TV channels and the Internet have increased their roles exponentially, in our ongoing political crises, the newspapers and private radios have been contributing immensely to informing and educating the masses for the greater good of the country. In a working democracy, the press is the fourth arm of the state and where any of the other three, or all of them are dysfunctional, it has the primordial duty to save the state from itself

Therefore I wish to commend GPU as the apex body of the independent media in The Gambia with all independent newspapers and community and private radio stations for a coordinated strategy of disseminating the messages and events of peace, to their readership and audiences, across the country regularly and coherently in light of the current slimy direction the country is sliding into. 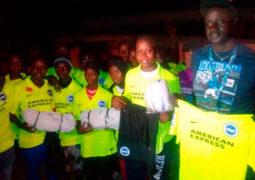