Google is to be investigated over how it is accessing U.S. patient data via a major health firm, the Wall Street Journal reports.

An office of the U.S. Department of Health and Human Services will examine the details of a deal dubbed “Project Nightingale”.

Separately, in the U.K., the Financial Times (FT) reports that popular health websites are sharing sensitive data with firms including Google.

The Project Nightingale deal with Ascension - a firm that runs 2,600 hospitals in the U.S. - attracted criticism from some when the Wall Street Journal revealed that Google could access patient data without them being notified.

Among those who expressed concern was Republican Senator Lisa Murkowski.

However, in a blog, Google argued that the deal “adheres to industry-wide regulations” and that access to patient data by its employees was controlled.

The tech giant said patient data would not be combined with customer data from other parts of its business.

It added that it was “happy to co-operate” with the federal inquiry.

In its own blog, Ascension said it looked forward to developing artificial intelligence tools for medical purposes with Google’s help.

News of Project Nightingale coincided with a FT investigation that revealed how popular health websites in the U.K. frequently shared personal data with companies including Google, Amazon and Facebook.

Websites such as WebMD and Bupa used cookies - code added to web browsers - that allowed other companies to track users’ activity on the web.

The kind of data shared from health websites to others included medical symptoms, diagnoses, and menstrual and fertility information, as well as the names of drugs.

‘‘Everything we do, every thought we’ve ever had, is produced by the human brain. But exactly how it operates remains one of the biggest unsolved mysteries, and it seems the more we probe its secrets, the more surprises we find.’’ 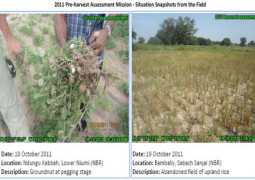 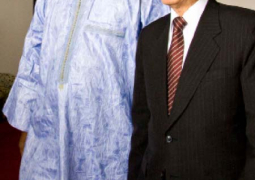