Organisers of the just concluded Banjul Demba cultural festival have expressed gratitude to President Jammeh, who is the group’s distinguished guest of honour for what they described as being instrumental in the upliftment of the group.

Formed 11 years ago, Banjul Demba is a cultural organisation whose objectives, among others, are to regenerate folklore and culture of the people of The Gambia and , in particular.

It also seeks to care for the needy, especially those kids who are going to school and are unfortunate to find sponsorships.

“We are grateful to President Jammeh who is our distinguished guest of honour for his tremendous support over the years,” Mr. Emmanuel Williams, alias Manu Kumba of the Banjul Demba group said.

According to Manu Kumba, Banjul Demba has since its inception got the support of the President, who is the group’s distinguished guest of honour.

"We have received financial support from him and we have got the recognition of all financial institutions and the private sector, especially those involved in promoting cultural tourism," he said.

Noting that the group collaborates with agencies that promote tourism and culture, he said, membership comprises men and women, all of whom must be APRC militants. Manu Kumba further stated that Banjul Demba holds annual festivals to meet the ideals and aspirations of the APRC.

He revealed that the group has since its inception sponsored 420 needy children from different levels of education, ranging from Lower, Upper, Senior Secondary and tertiary institutions.

"Each year we organise cultural and educational activities, such as cultural carnivals, cultural festivals, debates, educational forum for youths in the basic and senior secondary schools," he said.

He said the group is being recognised by the Gambia Tourism Authority, National Council for Arts and Culture and other private institutions, who provide them sponsorship.

Manu Kumba, however, highlighted some of the challenges facing the group, stating that the group is faced with some constraints, among them financial problems.

"Although we have a consumer shop run by the dance group themselves, the money derived from this are insufficient to cater for some of our budget allocations, in particular paying school fees for the needy children," he disclosed.

He also lamented on the lack of headquarters, which he noted mostly affect their activities.

"We use other places to organise our cultural rehearsals and meetings," he noted. Banjul Demba, he went on received its initial blessings from Mrs. Susan Waffa Ogoo, former Minister of Tourism and Culture, an adopted mother of the group, Momodou Joof Director General of the National Council for Arts and Culture, among others. 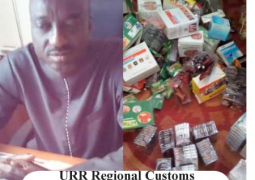 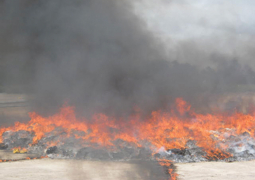