Observation of elections is a crucial aspect of the electoral process.

Election observation is the observation of an election by one or more independent parties, typically from another country or a non-governmental organization or charitable groups primarily to assess the conduct of an election process on the basis of national legislation and international standards.

With regard to Thursday’s presidential election, we are told that there are national and international election observers already in the country.

It is good that we have them around, as they help ascertain the credibility of our election process.

Even though observers do not directly prevent electoral fraud in any election, by recording and reporting such instances, they contribute in showing the whole world the true nature of any election.

Election observation increasingly looks at the entire electoral process over a longer period of time, rather than at election-day proceedings only.

The legitimacy of an election can be affected by the comment of observers, especially when seen as not bias.

Usually, a notable individual is appointed leader of an observing team in an effort to enhance its legitimacy.

Observer missions and groups would deploy independent domestic and international observers across the country, who monitor the overall conduct of the election.

We urge all Gambians to comport themselves and obey the election rules during and after elections, since the whole world is watching at how we conduct this particular election.

At the end of the election, the missions would issue public statements which would be shared with the world. As Gambians we must manifest political maturity during and after election.

Political parties and their supporters must obey IEC rules of not engaging in campaigning and putting on party colors and symbols on Election Day.

The belongs to all citizens of this country and anyone who emerges winner should ensure that there is unity among all Gambians irrespective of party affiliation. 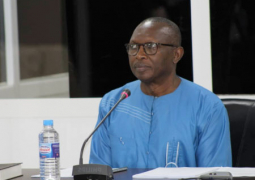 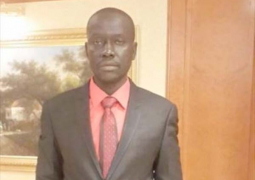