At the invitation of the government and the Independent Electoral Commission (IEC), the chairperson of the African Union Commission, H.E. Jean Ping, has dispatched an observer mission to The Gambia to observe the 24th November Presidential Election.

A news release issued by the Commission states that the mission is led by Dr Fonkam Samuel Azu’u, chairman of the Independent Electoral Commission of the .

Other members of the mission include Pan-African Parliamentarians, experts from election management bodies, and leaders from civil society organizations from , , , , , and .

It states that the coming of the mission is in the spirit and letter of the Durban Declaration on the principles governing democratic elections in , as adopted by the Assembly of the African Union in July 2002.

The main objective of the mission is to make an honest, independent and impartial observation and assessment of the organization and conduct of the election.

The mission’s arrival statement said that the presence of the observer mission constitutes an unequivocal commitment of the African Union to contribute to the promotion and strengthening of democracy and the rule of law on the African continent.

The statement further said that throughout the election observation period, the AU Observer Mission, while safeguarding the independent and integrity of the African Union, will cooperate, liaise and consult with other international and domestic election observer missions.

The statement further says that several consultative meetings and interactions will be held with various Gambian stakeholders and international observer groups, which include the Independent Electoral Commission, election observer missions from the EU, Commonwealth, the National Council for Civic Education, Gambian political parties, the media, as well as civil society organizations.

Members of the AU Mission will be deployed throughout The Gambia ahead of the voting day to assess the manner in which the people of The Gambia are participating in the current electoral process and the environment in which they will exercise their democratic right.

The AU mission is expected to remain in the country until 29 November 2011. A preliminary statement outlining the African Union observer ’s general assessment and observations on the process will be issued at a press conference to be held by the AU observer mission prior to its departure from the country.

The full report of the AU observer mission on the 2011 presidential election will be presented to the authorities of The Gambia government through the office of the Chairperson of the African Union Commission.

Women Can Make A Difference 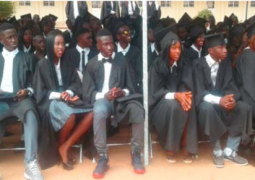