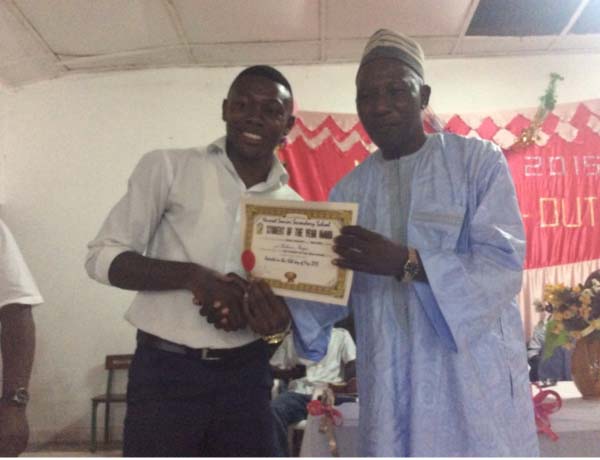 Nusrat Senior Secondary School has graduated at least 550 students at a passing-out ceremony held recently held at the school’s premises in Bundung.

The students were graduated after completing a three-year senior secondary course (grades 10 to 12) which culminated in sitting to the West African Senior Schools Certificate Examination (WASSCE).

The principal of Nusrat, Karamo Bojang, told The Point in an interview that more than 67 per cent of the graduating students got credits in almost all the subjects they entered in WASSCE; the majority got at least five credits.

However, this falls short of the 85 per cent pass mark set by the Parents-Teachers Association as the benchmark for the school’s performance in WASSCE.

Although this is tough and very difficult, it is not unattainable, Principal Bojang noted.

Mr Bojang said that at Nusrat, they don’t only teach students to excel in terms of academics they also inculcate the virtues of hard work and persistence so that students will not be discouraged by the challenges that come with life.

He also admonished the students not to venture into illegal migration to Europe, for it has cost the lives of so many innocent youths.