Reports reaching this paper from the Upper River Region (URR) have it that the Basse Police have temporally closed down a mosque at Numuyel village, Jimara District, URR.

The mosque is said to have been closed down because of a dispute between the village elders and a supposed group of worshippers claiming to be Sunnis over the construction of an Arabic school on the outskirts of Numuyel by the group.

When contacted by our reporter in the area, Police Commissioner for URR, Ebrima Cham, confirmed the temporal closure of the mosque at Numuyel.

According to him, the development came in the wake of a row between the village elders of Numuyel and group of people claiming to be Sunnis over the construction of an Arabic school.

"The elders of the village in Numuyel have threatened to attack these supposed Sunnis if they open the mosque for worship," he said.

"As a result of this", Commissioner Cham went on, "police were ordered to close down the mosque temporally so as to maintain peace and order in the village and in the country, in general."

Police Commissioner Cham added that his office, in collaboration with the Governor's Office in URR, has finally decided that the mosque should remain closed so as to allow the Supreme Islamic Council (SIC) to decide on the matter. 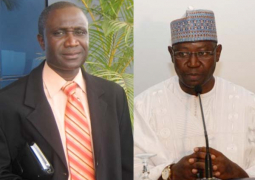 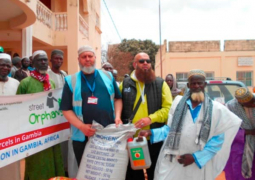 BIBLICAL REFLECTIONS: HE HAS PROMISED HE WILL NEVER FAIL