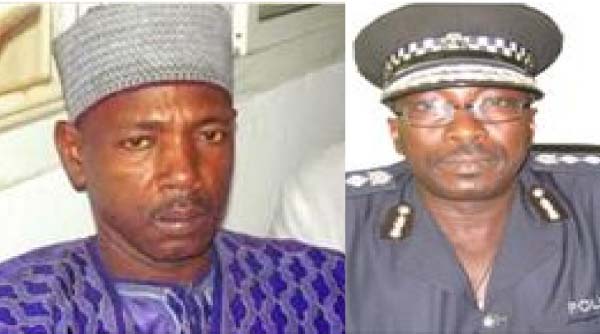 Hon. Hamat Bah leader of the opposition National Reconciliation Party, NRP, Wednesday convened a press briefing and announced that, once again, the police have denied the opposition party a permit to enable them tour and hold meetings in more than 122 villages in the Upper River Region, URR.

“We find that to be very strange, and I think really is a serious cause of concern for the development and the growth of our democracy; that one party is being allowed to do what they are doing – they are campaigning, using microphones, touring anytime they want to, and that is the ruling APRC - when the opposition National Reconciliation Party is being denied their right to do that, using security as a pretext.”

The NRP leader further pointed out that the rains are approaching, and beyond next month it will be difficult to tour the provinces, because of the poor roads, particularly in the URR.

For the information of our readers, political parties are required under the Public Order Act to write to the police and apply for a permit, whenever they want to hold a mass meeting in a public place, where it would be necessary for speakers to use a public address system or loudspeaker so as to be heard by the audience.

Hamat Bah spoke to journalists Wednesday at the party’s head office at Kairaba Avenue, and declared that the purpose of the tour is to sensitize people on the party’s programmes, as part of preparations for a national convention, “and other important party issues and programmes”.

He made available to the media a copy of the letter from the Office of the Inspector General of Police, which was addressed to the Administrative Secretary National Reconciliation Party. The letter dated 22nd May 2014 stated as follows:

“Re: Application for a Permit to use a PA system for the purpose of Political Visits, Rallies and Meetings in the Upper River Region”

“The Office of the Inspector General of Police acknowledged receipt of your missive dated 14th May 2014 in relation to the above captioned.

“This Office regrets to inform you that permission is not granted due to other Security engagement during this period of your scheduled program, ranging from Women’s Week Celebration, Women Advancement Forum etc. However, this Office may consider your application if it is rescheduled.”

The letter was signed by “A. Sanyang Commissioner of Admin. For: Inspector General of Police.” It was copied to the commissioner of police URR.

It would be recalled that the police turned down an earlier application by the NRP to embark on this tour of URR villages, as stated in an earlier letter to the NRP from the office of the IGP, which was dated 11th March 2014. That letter had stated as follows:

“Further to your application for permit to conduct the above caption, this Office regrets to inform you that permission is not granted due to the numerous activities going on in the said region during the period mentioned in your programme schedule. Furthermore, you may wish to reschedule your programme. This Office solicits your understanding and cooperation in this regard.”

That letter was also signed by “A. Sanyang Commissioner Admin. For: Inspector General of Police” and copied to the Commissioner of Police URR.

The NRP officials were asked to “reschedule” the tour of the URR and re-apply for a permit, and they complied. Yet when they re-applied, again it was turned down, Hamat Bah pointed out.

“We find that to be very strange, and I think really is a serious cause of concern for the development and the growth our democracy, that one party is being allowed to what they are doing – they are campaigning, using microphones, touring anytime they want to, and that is the ruling APRC, when the opposition National Reconciliation Party is being denied their right to do that, using security as a pretext.”

“We feel really disappointed that, again, they are doing everything possible to frustrate our efforts. And as you are aware, we are approaching the rainy season; beyond the next month it would be extremely difficult for somebody to tour the country, because of the bad roads, and the difficulty of moving in that part of the country during the rainy season”.

Bah said the NRP has been “doing everything possible, so that we would be able to make it doing this period, in order to go and carry out our responsibility as a registered political party.”

Consequently, he went on, they have “discussed this issue, and we believe that we have to go back to the drawing board to consider the various measures that we could take in order to address this situation.”

He spoke of looking into “various strategies that we are going to adopt to making sure that we get to the people, as we have planned before.”

Describing what happened as a “sad moment”, Bah called on the Inspector General of Police to have a “re-think, because we have been assured in the past that permits will be granted to us when we apply, and we did that; but it seems that assurance seems to have faded away.”

The opposition party leader further informed reporters that this was not the first time they have faced this sort of problem.

He recalled that in 2010, the NRP was granted a permit to hold a rally in the Upper Saloum district of the Central River Region.

“The permit was granted and revoked on the very day of the meeting without any notification. The police came there, revoked the permit, and disrupted the meeting.”

“Really, we find these things to be disturbing, but that would not discourage us, nor make us boycott elections on the pretext of the ground not being level.

“Because we know that genuine democracy cannot be obtained on a silver platter - that is not possible; it’s something that you have to fight for, and we are ready for that fight, and we are committed towards that.

“I want to make it very clear that refusing to grant us permits will not stop us from carrying out our responsibilities, and we’ll do so.”

He concluded by announcing that the NRP leadership will “go back to the drawing board, to make sure we move on, and nothing will frustrate our efforts.”

Asked what message he has for the people, Hon. Hamat Bah said: “They’ve refused us a permit to go and do our job; that we have to inform them; we are going back to the drawing board for the new way forward.” 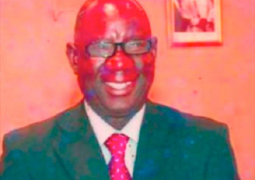