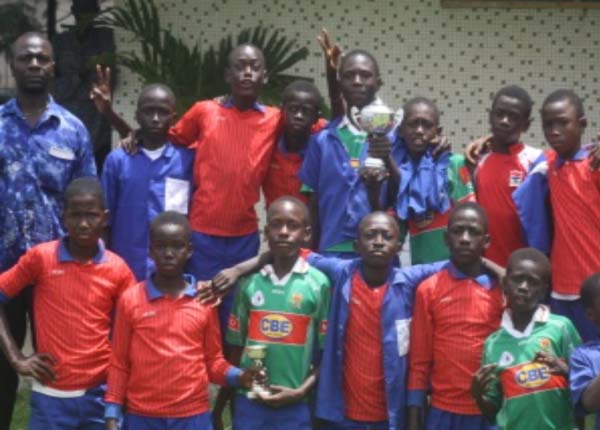 Methodist Preparatory School has won the toss and set Albion Lower Basic School to bat and scored 29 runs for the lost 10 wickets all out in 7.5 overs in the Primary School Cricket Knockout competition final sponsored by Mayor Abdoulie Bah and played on Wednesday 4 June 2014 at the July 22nd Square in Banjul.

The highest scorer for them was Lamin Touray with 8 runs, and the highest wicket taker for Methodist Preparatory School was Bai Modou Jack, who bowled 2 overs and took 4 wickets for 3 runs.

Methodist Preparatory Schools batted next in the second innings and scored and was able to put up these scores in 6.5 overs for the loss of 6 wickets.

Methodist Preparatory School won the Mayor’s Trophy by 5 wickets. Presenting the Trophy to the winning school the President of the Association, Johny Gomez, began by thanking all schools that participated in the tournament, sponsored by Banjul Mayor Abdoulie Bah.

He also thanked the Mayor for accepting and sponsoring this tournament again.

He went on to thank the school’s PE teachers for assisting and working with their (GCA) coaches whenever they are at their schools.

He also urged schools that were knocked out in the primary stage to embrace the game and train hard to become winners for their school, adding that no school is a loser but all are winners since they have been represented in the tournament.

Depitizing for the Mayor,  Ebou Lolly also thanked the Association for organising such a tournament in the name of the Mayor and for the good work they are doing to see that the game is developed at the grassroots.

He then handed over the trophy to the winning school and the Man of the Series Trophy, which goes to Bai Modou Jack for scoring 45 runs and taking 11 wickets in the tournament.

Other schools that took part in the tournament were also given certificates of participation.

The final, played in the true “Spirit of the Game’, was watched by school children and cricket lovers.