This verdict followed her plea of guilt to the charges.
Ndey Korka Ndong was arraigned with Fatou Badjie on 6th October 2010, and charged with house breaking and stealing D505,000 and two title deeds. Fatou Badjie pleaded not guilty on both counts.

Narrating the facts, the prosecuting officer, Inspector Mballow, told the court that on 5th October, 2010 at Fajara South, the complainant and her daughter locked her safe in her bedroom and went out to look for a building contractor. Ndey Korka Ndong and Fatou Badjie broke into the house and stole the safe containing D505,000 and two title deeds.

He adduced that Ndey Korka Ndong accompanied Fatou Badjie and hired a taxi driver called Wandifa Dibba. He further stated that the driver did not know where he was going to. He added that the accused led the driver to the complainant's house at Fajara South, where the accused persons had already broken the window of the complainant's house. The accused persons asked the driver to help them carry the safe out, put it in the boot of the car and departed for Serrekunda.

Mballow added that on their arrival at Dippa Kunda, the accdused persons looked for someone to produce a duplicate key. After hearing this, stated Mballow, the driver became suspicious and told the accused persons that he would take back the safe to where they took it from. The prosecutor added that Ndey Korka Ndong then became furious, and told the driver that if he was not willing to drive them, she would hire another driver to do the service.

Inspector Mballow adduced that when the driver did not agree for Ndey Korka to hire another driver, she opened the boot and attempted to take the safe out of the boot and, in the process, she damaged the rear glass of the car. He further narrated that the driver insisted that he would return the safe to the complainant's house. He said Ndey Korka Ndong and Fatou Badjie agreed and boarded the car, heading to the complainant's compound.

The police prosecutor said on their way to the complainant's house, around the traffic lights, Ndey Korka Ndong alighted from the car, and ran away.

He further indicated that the driver then drove Fatou Badjie to the Kairaba Police Station.

He narrated that the complainant was informed, and she confirmed that her bedroom was ransacked but she had already taken her gold jewellery before the theft.

Inspector Mballow stated further that the complainant confirmed being the owner of the safe at the police station.

According to the prosecuting officer, Ndey Korka Ndong was on the run, and was finally apprehended.

In his judgment the trial Magistrate convicted and sentenced Ndey Korka Ndong on count one to one-year imprisonment with hard labour and two years on count two also with hard labour. Both sentences would run concurrently, after she asked the court to temper justice with mercy. 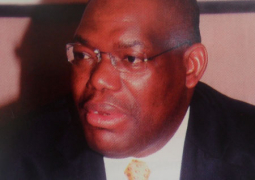